Do you have a coyote problem on your property? Contact our animal control team today to get treatment to get rid of unwanted wildlife! 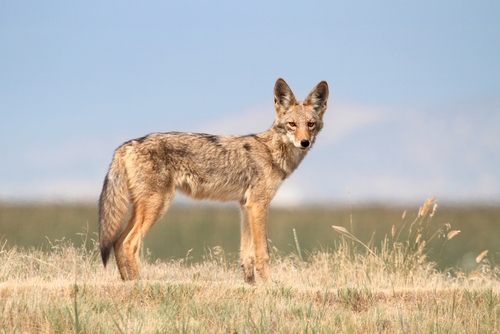 The coyote (Canis latrans) is a permanent member of North America and occupies almost every state in almost every country on the continent. In fact, coyotes are increasing in number in Ohio, Indiana, and Minnesota. This mammal is a predator to fawns and other wildlife; however, it may also be beneficial to the health of natural wildlife populations in many areas, which is why it’s important to leave coyotes unharmed. Because the coyote is smaller than a wolf, many people unfamiliar with the eastern coyote will think it’s just a dog.

Coyotes are highly active and intelligent mammals. They tend to be nocturnal, especially when living in close proximity to humans. Although, they may also be active in the early morning. However, coyotes will often hunt during the day or even around the clock to provide for their pups when they do not live near humans. 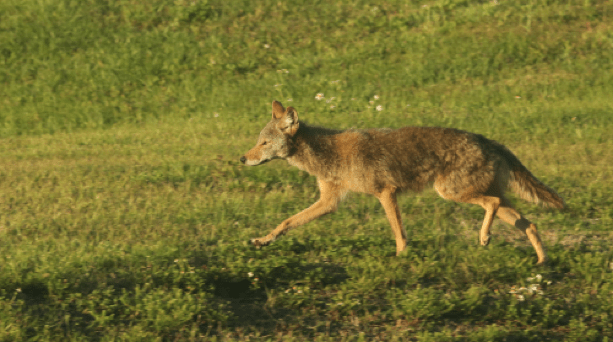 Leaving garbage out and trash cans uncovered often lures coyotes onto a property. An abundance of rodents, open pet food containers, and, unfortunately, pets themselves can be an easy meal for a hungry coyote as well.

If you do notice coyotes in your area, it’s best to call a wildlife removal specialist like Varment Guard to trap and remove them safely and humanely. Varment Guard also offers monitoring with the use of cellular cameras to see if the coyote has taken up residency or is just passing through.

What to Do if You See a Coyote

If you see a coyote in or around your property, the last thing you want to do is feed it. If you’re in the presence of a coyote during the daytime, be cautious—there’s a chance the coyote has become comfortable around humans and will be more likely to attack. If a coyote approaches you, yell, wave your arms or throw something in their direction—do not run away.

Coyote attacks on humans are rare; however, they do happen. That being said, to avoid coyote attacks, don’t leave small children outside playing unattended in areas where there have been coyote sightings. Most of the time, the fear of coyotes is unwarranted. Issues arise when people, like young children, harass or bother the coyote. Just make sure, if you see a coyote, that you and your kids leave it alone.

Coyotes do attack pets, unfortunately. Most pet attacks from coyotes occur in the winter months as their go-to food diminishes. It’s important to keep an eye on small dogs and cats in areas where coyotes are very active. It’s also important that you don’t leave small pets out at night.

In agricultural settings, coyotes cause damage to livestock, poultry, and certain crops. Coyotes will attack and kill sheep, calves, chickens, turkeys, ducks, geese, and the young of other animals. In residential communities, these predators are known to hunt and kill dogs and cats that are left outside after dark. 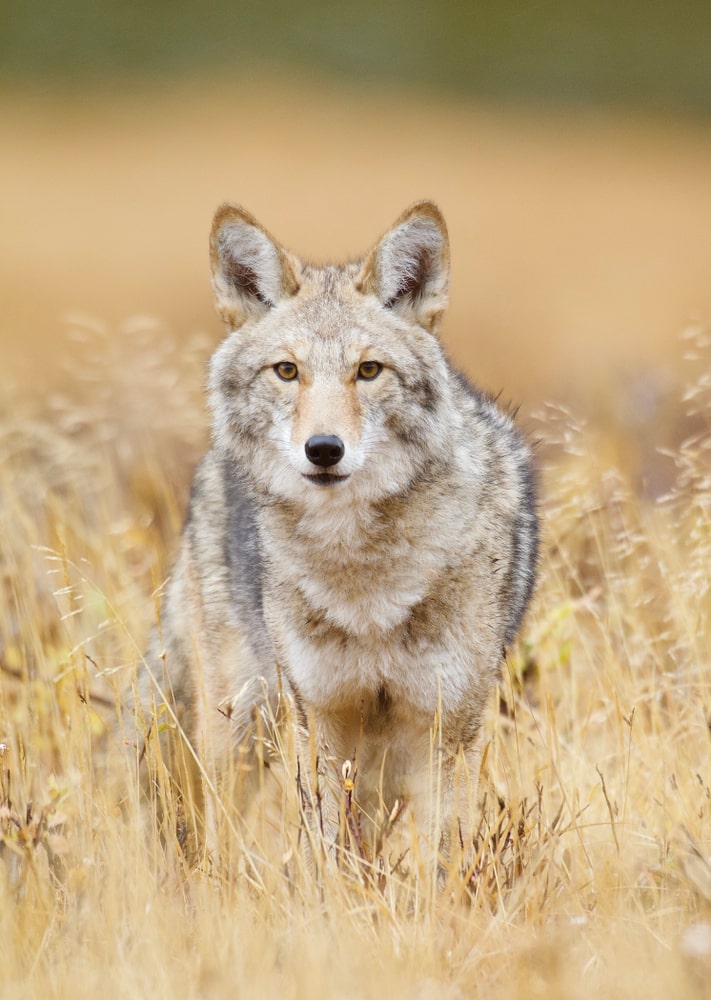 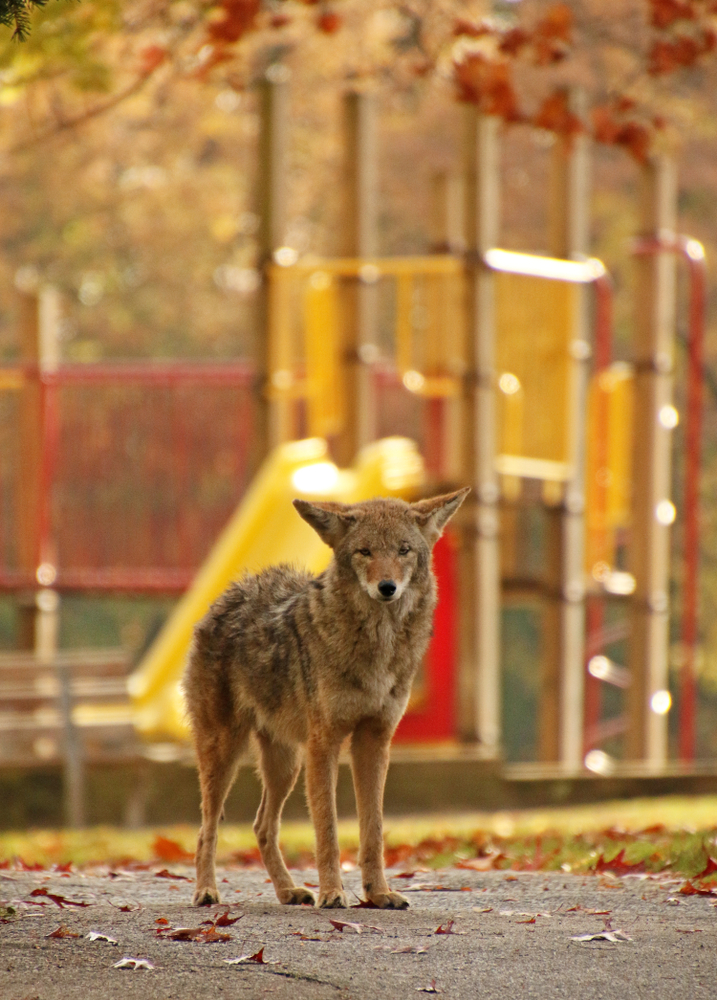 Coyote control specialists at Varment Guard provide humane trapping and removal of coyotes. Our licensed and highly skilled wildlife trappers will remove nuisance coyotes with the utmost professionalism and caution. Here’s how:

Live catch wire traps are unsuccessful when it comes to coyotes. That’s why we place dirt sets using staked leg-hold traps on coyote trails and near den entrances. This constitutes an effective measure for capturing coyotes in rural and new suburban developments. The strategic placement of snares concealed among tall vegetation and brush is another proven method for coyote removal.

Coyotes do not live in close contact with humans. They often hunt in urban areas and yards, but they don’t feel safe enough to make dens under man-made structures. In the rare case that they do, however, a buried wire would be the easiest way to get rid of coyotes in this situation.

Varment Guard also offers the use of cellular cameras to determine the frequency of coyotes on the property prior to trapping, if needed.

Get started with our coyote removal services today by scheduling a service!

How to Get Rid of Coyotes: Get in Touch with Varment Guard

Whether you’re looking to get rid of a coyote den, you’re concerned about coyotes killing livestock and pets in your area, or you’re looking for tips on getting rid of coyotes in your backyard, we’re the coyote wildlife management team for you.

Our wildlife control technicians can assess your coyote problem and can quickly remove or control your coyote population. Your search for coyote removal near me ends here —get in touch with Varment Guard today! 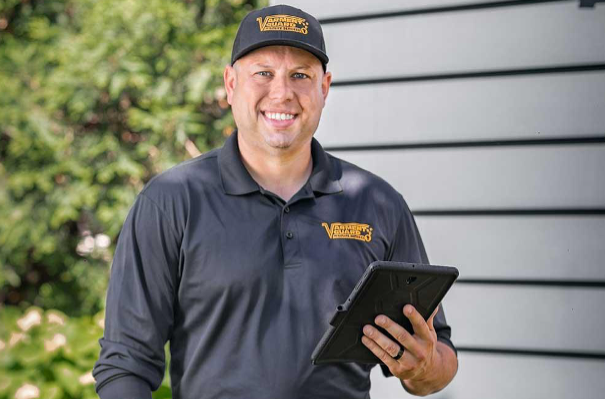 We can rid you of coyote safely and efficiently!