Somehow, it’s already August. As always, summer is coming to an end faster than anyone could have anticipated. With the end of summer comes the end of our best chances to see wildlife in their natural habitat. Luckily, summer’s not over quite yet. Late summer is one of the best times of year to see animals in the wild. You’re probably aware of how difficult it can be to see animals out in the wild, especially near human settlements. What you may not realize, however, is how much your own walking or hiking behavior may affect your chances. By following a few simple tips, you can greatly improve your chances of seeing wildlife in their natural habitats. Here’s how to maximize your chances of seeing animals on your next nature walk. ‌

Walk at sunrise or sunset 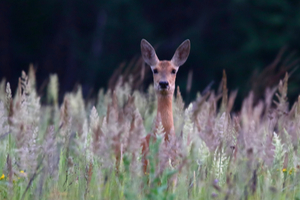 Animals that are primarily active during dawn and dusk are known as crepuscular animals. Many common animals are crepuscular, especially in and around human neighborhoods. There are all kinds of reasons why. It’s cooler, there are fewer disturbances around, and, for some wildlife, their food sources become active around then. Walking at dawn and dusk will improve your chances of seeing deer, rabbits, owls, foxes, and other rarely-encountered wildlife. Remember: these animals aren’t out just to put on a show for you. They’re hunting, gathering, or getting ready to sleep. Be very careful not to disturb wildlife while walking during their active periods. You should also keep in mind that some crepuscular animals may be dangerous. Coyotes, mountain lions, and snakes are all highly active during dawn and dusk. Take appropriate safety measures when planning a nature hike. ‌

Stay out in the open 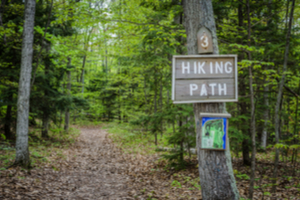 This might sound counterintuitive at first. After all, if you never wander off the beaten path, you’ll never find where wildlife really lives, right? Truthfully, however, you shouldn’t really be “looking” for wildlife in the first place. If you go out seeking animals in the wild, you’ll probably never find any. They’ll hear or smell you coming way before you see them and run away from you. The further off the path you wander, the more noise you’ll tend to make. By standing out in the open, you’re demonstrating that you’re not a threat to animals nearby. They can keep an eye on you and get used to your presence. The more you can make yourself a “natural” part of their surroundings, the less wary animals will be. It’s also important not to approach wildlife for safety reasons. Attacks happen when animals perceive you as a threat. Don’t let that happen. ‌ 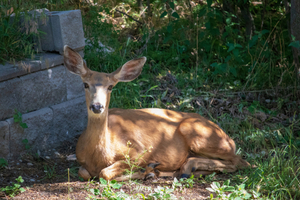 When you’re walking through animal-populated places, never make sudden movements. Don’t suddenly speed up and slow down or stop to stare. Instead, move at a slow, steady pace down the path. Don’t deviate from the path or move towards an animal. Stop only momentarily if you want to, but don’t wait so long you scare the animal. Wildlife in their natural environment have their own “business” to attend to. They’ll respond to your presence best if you seem to have your own to attend to, as well. If you see an animal, the best thing to do is simply act as though you didn’t. The animal will probably freeze or make distance, but if you don’t challenge it, it won’t run away. This isn’t just the best way to see animals; it’s also the safest and most humane. ‌ 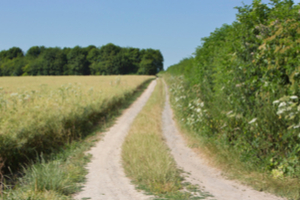 Maybe this is obvious, but it’s also important. Animals react to strange, out-of-place noises by running away from them. Can you blame them? The more noise you and your walking companions make, the more wildlife you’ll scare away from you. You won’t just scare animals nearby away, either. You’ll also discourage animals from getting any closer. You should always be mindful of the environment you’re in and what your presence in it is doing. When we say “walk quietly,” we’re not saying you shouldn’t talk, necessarily. If you do talk, speak in low, even tones. Just like with walking, avoid making sudden pitch or volume changes. Don’t go out of your way to whisper or anything, either. Just talk naturally and quietly. If you see an animal, stop talking and keep moving until you’re a decent distance away from it. Don’t step on twigs or take shortcuts through underbrush.   There’s nothing wrong with wanting to see animals while out on your walks. Animals are great, and it’s amazing to see them in their natural habitat! Fortunately, the most respectful way to see wildlife is also the most effective. Give them space, be aware of yourself, and follow these tips. You’ll be amazed at what a difference small adjustments can make! As great as seeing animals outside is, you don’t want to see them in or around your home. If you need help reclaiming your space and humanely removing animals, give Varment Guard a call. We’re always happy to help a fellow animal lover.
Categories:
Wildlife Control
Previous

Keeping Your Pets Safe from Coyotes
Next

The Season of the Squirrels