BlogWhat Are Bats Doing In Spring? 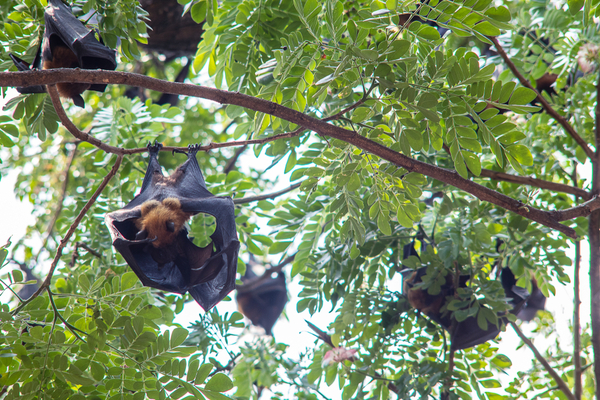 If you’re reading this blog, then you’ve probably either already had an encounter with a bat, are looking for bat exclusion services… or you’re just dreading one. Either way, we have some bad news. You are more likely to encounter bats starting right about now. Like so many other wildlife pests, bats are on the move this spring. Here’s what they’re up to, why they’re near you, and how they might bother you:

Not all bats hibernate, but many of the most common bats in the US do. During hibernation, a bat’s heart rate drops from 200 beats per minute to 10. Their body temperatures drop to near-freezing, and all bodily functions slow way down. During hibernation, bats reduce their body’s energy costs by about 98%. Bats can hibernate this way for up to six months while they wait for temperatures to rise and prey to return. During warm winter days, they may temporarily wake up to warm up and move around. Some bats only ever enter a state of partial hibernation called torpor.

Bats start preparing to hibernate in mid to late fall. They seek out warm, dark, and secluded shelters where they can hibernate safely. The places where bats hibernate are called “hibernaculum.” A bat’s hibernaculum must be above freezing, covered, and hidden enough that bats won’t have to worry about predators. Bats use attics, rafters, vents, and barns as hibernaculum starting in mid-fall. Left alone, they’ll stay inside until spring--when they may make trouble for you on their way out!

When Do Bats Wake Up?

Bats begin waking up from hibernation as soon as the air temperature rises above freezing consistently. Hibernation tends to be tough on bats. They typically lose up to half their body weight while dormant, even with the reduced energy costs of hibernation. To survive successfully post-hibernation, bats need to eat a lot of insects to regain their energy. If insects return early in spring, then there’s a good chance bats will wake up earlier too.

Immediately after waking up, bats (understandably!) tend to be a little sluggish. They may not leave their hibernaculum right away or may stay close to their perches. Eventually, however, bats will begin hunting for food at night. To do that, they’ll work their way back out of the hibernaculum the same way they got in. Bats often end up making their hibernaculum their more-permanent home or even a roost for raising young. That might be become a concern sooner than you’d think, because...

What Are Bats Doing in Spring?

Unlike many mammals, bats don’t mate in spring. Instead, they actually mate in fall, shortly before they enter hibernation. Female bat eggs become fertilized months after initial mating, after hibernation ends in early spring. When female bats wake up, they often wake up pregnant! Bat gestation period lasts around 50 to 60 days, so bats usually have their offspring in mid summer. Female bats have lots to do between waking up and giving birth to ensure their offspring’s survival!

First, there’s the eating. Bats already need to eat a lot to make up for the energy they lost during hibernation. Add in the fact that female bats are eating for two, and it isn’t hard to imagine how bats can eat over 600 insects in an hour. Female bats also need to establish safe nurseries where they can give birth in peace. Multiple pregnant female bats often form “nursery colonies” together in prime nursery locations to keep their offspring safe together. If you see a bat this spring, it might be preparing to have children!

How Could Bats Affect You This Spring?

Bats could end up around your home for a couple different reasons. First: they could have already been inside. Bats are very quiet and sneaky when they’re hibernating. It’s possible you didn’t even notice they had taken up residence in your attic all winter. When you see bats in your home in early spring, it’s probably because they’re just waking up. If you start seeing bats later in the season, they may be coming inside for a different reason.

Like we said up above, female bats also enter shelter in order to safely give birth. If you start having bat issues in spring, female bats may be using your space as a nursery. Unfortunately, DIY bat control can be complicated in spring. You don’t want to cut off passages into and out of your home, or bat offspring could die inside. That wouldn’t solve your problem, and it would create a big (and sad) mess.

If you have a bat problem this spring, we recommend calling in the pros instead. The experts at Varment Guard can trap and remove bats safely and humanely without putting your home at risk.

The sooner you get rid of your bats, the less likely it is that they’ll make your home their permanent roost. Don’t wait until things heat up; call for bat removal and prevention help today. Have a great spring! 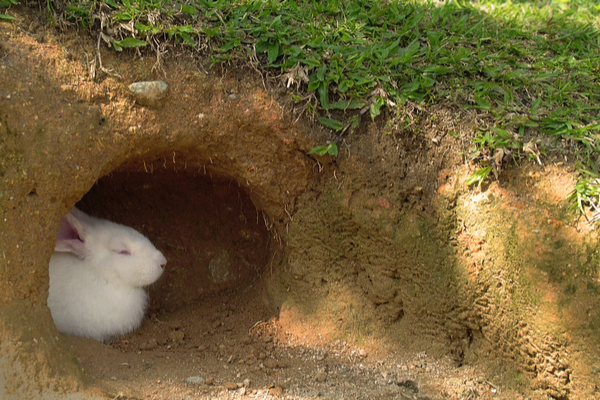 Do Rabbits Hibernate?
Next 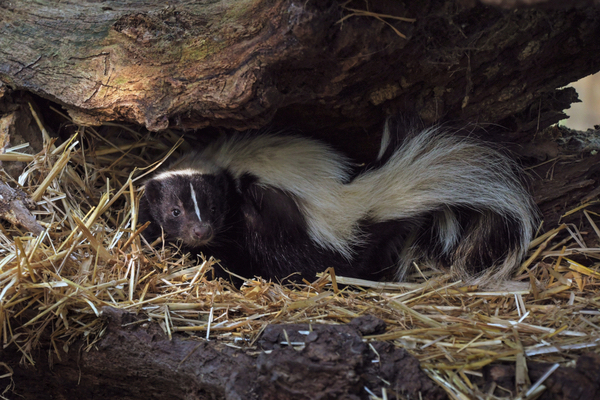 How to Prevent Skunks