Chances are, you used to kinda like rabbits. Maybe you even really liked them. They’re so cute! But that was a long time ago. That was before this summer, when they descended on your home like one of the biblical plagues. Now, you’re probably hoping you never have to see another rabbit again. It’s not just you. Rabbits are particularly prevalent in the late summer, and they’re an absolute terror to gardens and yards everywhere. Here’s why rabbits seem like they’re taking over the world right now, and what you can do to stop them. ‌

What are rabbits doing here? 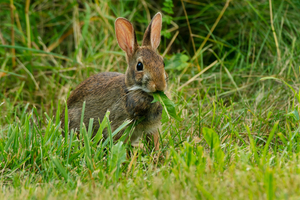 Basically, the stuff you don’t want them to do. Rabbits eat your garden, poop all over the place, and sometimes attract predators. Rabbits eat a wide variety of vegetation. They’ll chew on grass, bark, twigs, flower buds, plant leaves, shoots, or any garden vegetables. Rabbit damage looks similar to deer or other animal damage and harms various plants. When rabbits can get a reliable food source, they’ll often stay near it. Most hide during the day and eat in the morning and evening. Some rabbits may even get comfortable enough to nest on your property. Most rabbit species create a small, bowl-like nest called a “form.” They often hide their forms in plain sight, building them into tall grass or near fencing. They line their forms with grass, leaves, or fur and use them to raise their offspring. Rabbits often build burrow-like forms beneath existing cover. Often, these nests will be hidden under decks or porches. ‌

Why are there so many rabbits around? 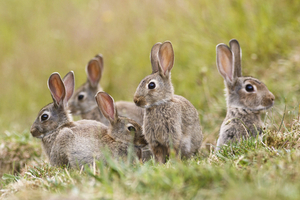 You’ve heard the phrase “multiplying like rabbits,” right? Rabbits are famous (or infamous) for their impressive reproductive capabilities. Rabbit breeding season begins in mid-February and continues all the way until late summer. That means for the past six months, rabbits have been doing nothing but eating and reproducing. Mothers have only a 30 day gestation period and can have several litters of four to eight young each. Baby rabbits grow to full maturity in a manner of weeks. No doubt you can see how, by August, rabbit populations get out of hand. Babies grow up and have multiple babies, those babies grow up and have more babies, and so on. Naturally, the more rabbits there are, the more you’re going to run into. This is particularly likely if rabbits have decided to breed in and around your neighborhood. Common species of rabbit actually prefer breeding near human-populated areas. Our grass is easy to eat and convenient, and our activity and fences keep predators away. ‌

Why are rabbits in your yard? 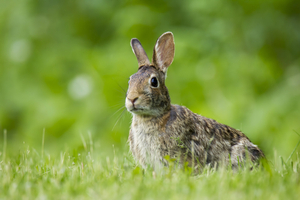 We know it can feel like it, but rabbits probably aren’t targeting your home specifically. In fact, if you talked to your neighbors, you’d probably hear the same complaints you have from them. There are simply that many rabbits around. That being said, certain elements of a yard do tend to bring rabbits around. Most obviously, rabbits love an uncovered garden. If they can get at the ground vegetables you’ve planted, they definitely will. Garden vegetables aren’t the only thing rabbits will want to get their snouts on, either. Any variety of ornamental plants, bushes, shrubs, and flowers could fall prey to the long-eared menace. Basically, if your plants are accessible, a rabbit is coming after them. Rabbits also love yards where they can easily come and go, but predators can’t. Fences they can sneak under make them feel safe and make a yard a good nesting site. They’d also love to get under your porch. ‌

How can I keep rabbits away? 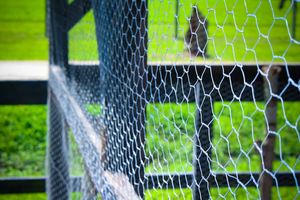 Keeping rabbits out of your yard means depriving them of what they want. First, you’ll need to fence off rabbit food sources. Construct a chicken wire fence around all your garden and ornamental plants--even the big bushes. These fences should be at least ½ to 1 inch thick and two feet high. Make sure it also extends at least ½ an inch underground. If a chicken wire fence isn’t feasible, consider individual fencing or netting for every plant instead. If your yard is protected by a perimeter fence, try to find out where the rabbits are getting in. Unfortunately, rabbits are quite good at digging under fences to get inside. You can prevent their digging by installing ½” underground fencing around or beneath your perimeter fence. You should also block access to rabbit-accessible cover like your porch the same way. Finally, look for other good food sources like fallen fruit and bird seed and clean them up frequently. The less you have for them, the less they’ll want to get in. ‌ Keeping rabbits away from your garden can feel like trying to stop the sun from setting. No matter how many rabbits have made your yard their home, however, we promise removing them is not impossible. If you ever need assistance combating your rabbit problem, give Varment Guard a call any time. Whether we have to hold back ten or ten thousand, we have what it takes to turn back the furry tide.
Categories:
rabbitsresidential wildlife control
Previous

All About Hummingbirds
Next 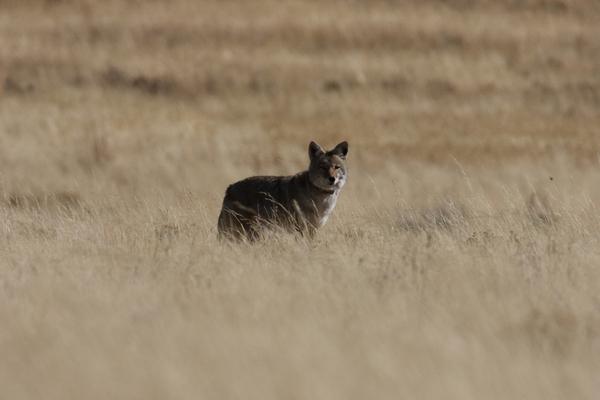 Wildlife to Watch For All Year