BlogWhat To Do If You Encounter a Skunk 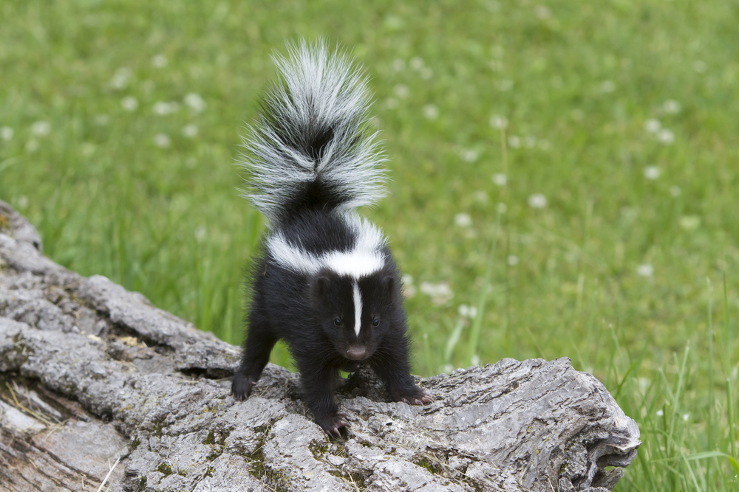 If you’ve ever come across a skunk, you probably know how hard it is not to panic. Maybe you think of all the skunk horror stories you’ve heard, maybe you’re terrified of the skunk’s smelly spray, or maybe you imagine yourself bathing in tomato juice. These are understandable reactions… but they’re also misguided.

Skunks are far less wrathful and prone to rogue spraying than their reputation implies. In fact, they’re naturally shy, mild-mannered creatures. The best thing you can do when you encounter a skunk is stay calm—which is easier said than done when you are afraid of experiencing the skunk’s legendary stench. But that’s why we’ve prepared this guide on skunk encounters! Here’s what you should do if you encounter a skunk:

Encountering a Skunk in the Open 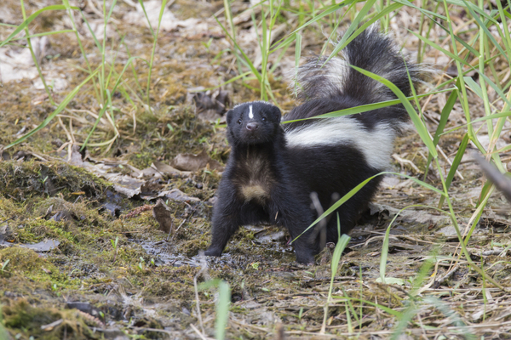 If you encounter a skunk in the open, it’s probably hunting or returning to its den. Skunks are nocturnal, so you’re most likely to run into one at night. These creatures hunt by digging for grubs and worms in loose soil. Skunks tend to stay in cover, so you’re more likely to find them under shade or in tall grass. Skunks also become more active in fall when they’re eating more to prepare for winter.

If you run into a skunk in the open, the first thing you should do is stop moving. Skunks have poor eyesight and sudden movements may startle them. If possible, avoid letting the skunk see you at all.

Next, figure out where the skunk is headed so you can get out of their way. Move slowly and steadily out of the path of the skunk. Once you’re out of the way, simply keep walking away at the same slow pace.

Running into a Skunk in Its Den 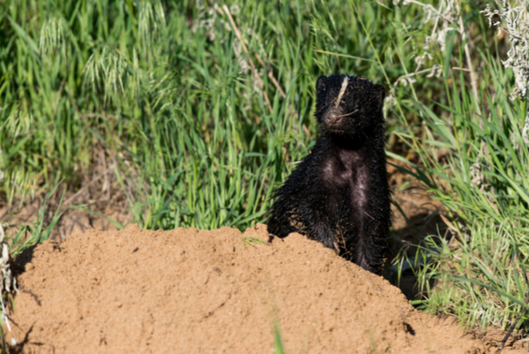 Skunks build simple, shallow dens, usually by burrowing beneath existing structures for extra cover. They dig under wood and rock piles, trees or stumps, and even under porches, decks, sheds, and buildings—which can cause a lot of damage!

Skunks usually conceal the entrance to their dens with leaves, stones, or grass. Often, they’ll build out existing holes or hollows, or steal burrows from other digging wildlife. Once skunks establish a den, they rarely venture far away from it until breeding season.

First, the obvious: never approach a skunk den on purpose. Unfortunately, it’s easy to accidentally stumble on skunk dens, especially if there’s one near your home. If you do come across one, avoid making any sudden movements or sounds. Avoid startling the skunk or waking it up suddenly.

Move away from the den slowly. If the skunk built its den beneath your porch or deck, don’t walk across it until the skunk has been removed. This task needs to be done by a professional wildlife control company like Varment Guard.

Coming Across a Skunk Near Your Home 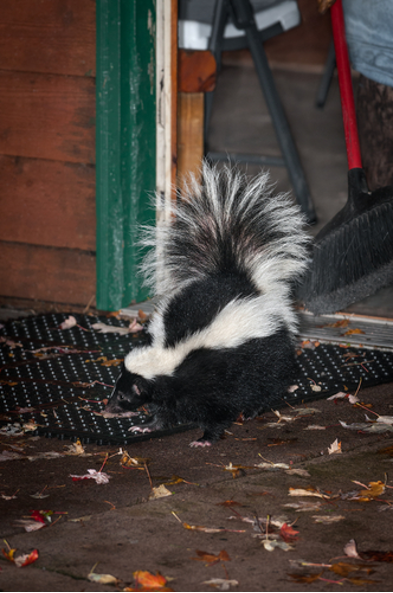 Usually, skunks wander onto your property because they’ve built their nests nearby. Skunks commonly burrow beneath porches, decks, sheds, or openings around the perimeter of a home. The structure provides skunks with natural cover, which makes them feel more secure.

Skunks commonly build burrows in fall to prepare for winter. Once established, skunks often hunt in the yards near their dens. They may also occasionally fall into window wells while hunting or returning to their burrows.

You should leave skunks alone whenever possible, even if they’re in your yard. We recommend against approaching a skunk to “harass” it away from your yard. At best, this would only scare it off. At worst, you’d end up getting sprayed. Instead, give the skunk in your yard a wide berth. Try to figure out where its burrow is (carefully) so you can avoid the area.

If a skunk falls into a window well, call us right away so we can safely remove it. 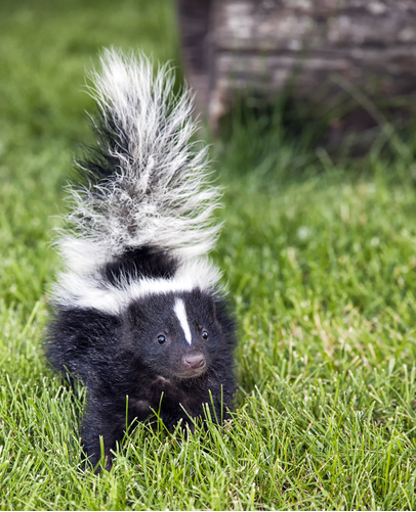 Unfortunately, it’s relatively easy to startle a skunk. They often stumble into encounters with people or other wildlife unwittingly. After resting or entering their winter dormant state, they become lethargic, hungry, and irritable. Plus, skunks often mistake people for predators or threats when people make sudden movements near them.

Generally, skunks are far more likely to spray when they’re confused than when they have their bearings. If you ever startle a skunk, it may raise its tail, stand on its hind legs, or stomp its feet. Hard as it may be, you need to refrain from panicking. The skunk hasn’t sprayed yet, which means it’s still figuring out the situation.

Back away from the skunk very slowly and steadily. Don’t turn your back, make sudden movements, raise your arms, or run. Instead, try to put about 10 feet between yourself and the skunk, but don’t rush.

We’ll probably never convince you not to be afraid of skunks. What we would like to do, however, is help you use that fear constructively. Next time you encounter a skunk, use your fear to focus on de-escalating the situation. Remember these tips and you’ll come out the other side of your skunk encounter smelling like a rose!

But just because we don’t think you should be afraid of skunks, doesn’t mean you shouldn’t take them seriously, however. If a skunk takes up residence near you, it could be a serious problem. Give the experts at Varment Guard a call with any skunk-related challenges you’re dealing with right away.

We can remove skunks quickly, humanely, and safely! Our Varment Guardian program focuses on getting and keeping problem wildlife away from your property without harming the animal all while providing you with peace of mind. 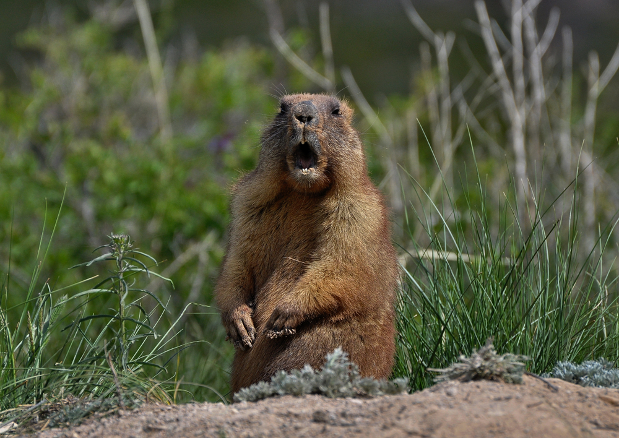 How to Get Groundhogs Out of the Basement
Next 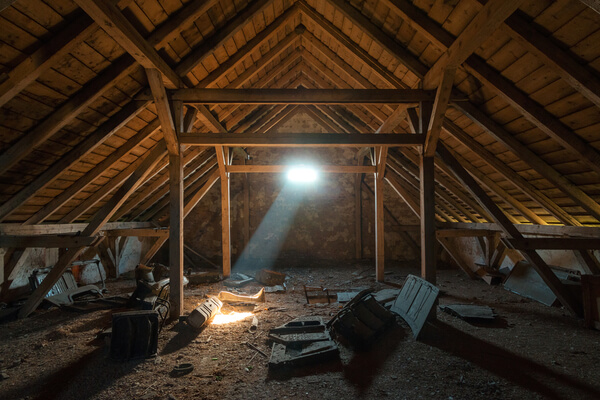 Hearing noises? What animal is in your attic?