BlogWhy Are There Still Birds in My Yard? 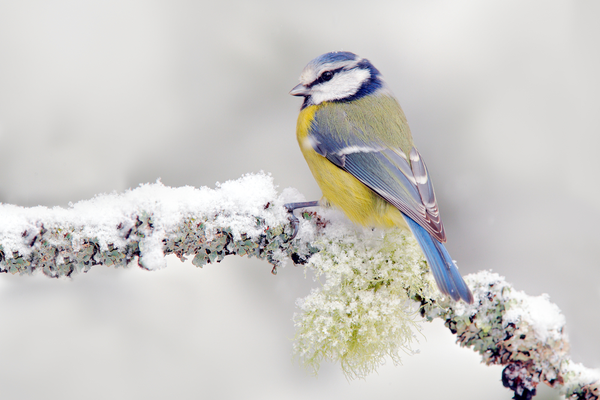 The first time you saw a bird perched on a snowy branch this season, you were probably surprised. While many birds migrate to warmer climates in winter, however, there are quite a few that won’t. Some stick around to tough out the cold with the rest of us.

As you probably expect, it isn’t easy for a bird to survive cold winters, no matter how much they’ve adapted. Non-migratory birds have to work hard to stay warm and get enough food to survive until spring. In the process of these survival attempts, they may occasionally make trouble for you. Here’s what you should know about the bird hanging around you this winter:

Why haven’t these birds migrated?

Contrary to popular belief, there are quite a few birds that never migrate. In fact, there are even some birds that migrate south to you to avoid even colder winters. Robins, some woodpeckers, owls, chickadees, titmice, blue jays, song sparrows, cardinals, and even common hummingbirds may all stick around all year long.

Bird migration is a kind of evolutionary risk-benefit analysis. Birds have to weigh the energy and danger inherent in migrating against the likelihood that they can survive where they are over winter. For some, the temperature and food scarcity of winter makes survival impossible; they migrate. For others, winter survival is actually more feasible than migration.

How are birds surviving winter?

Non-migratory birds have to get creative to survive winter temperatures, and they do so in some fascinating ways. Some birds change their food preferences, learning to get by with less… appealing choices. Instead of eating insects, worms, or berries, they’ll sustain themselves on twigs, stalks, nuts, or garbage. Others will cache food like squirrels or chipmunks.

Believe it or not, some actually cooperate with each other to survive winter. Bird flocks (even of different species!) will huddle together to keep warm. Sometimes a flock will even forage as a group, letting others know when they’ve found a food source. You may have even seen this signaling happen if you have a bird feeder!

What do they want?

Like most wildlife that wanders near your home in winter, a bird is looking for two things: food and shelter. Many non-migratory birds have heavy winter plumage to help them withstand temperatures, but they still need places to rest that are out of the wind. They may build “winter” nests by collecting more nesting material than usual to insulate themselves from the cold. They usually build these nests into existing cover, which may bring them closer to your home.

Even more than cover, however, most birds are looking for food sources. Food is scarce in winter, even for the non-migratory types that have adapted to finding it. Birds have to take what they can get, even if that means foraging from nearby houses or eating garbage. If you have bushes, berries, or a birdfeeder in your yard, expect to find birds literally flocking to it.

Are they a problem?

Not necessarily. Birds aren’t generally very territorial and won’t attack you. You shouldn’t be worried to see them spending time on or around your home. The only time a bird could become a problem is if entire flocks nest on your home at once. Unfortunately, too many non-migratory birds can inflict the same troubles that regular birds can the rest of the year.

Bird waste is toxic and corrosive, and can eat away at paint and wood finish over time. Nesting birds may damage parts of your home for material or weigh down siding and gutters. Bird bi-products including feathers and waste may carry fleas or transmit diseases. Even more basically, some may keep you awake with fighting or songs.

What should I do about them?

Non-migratory birds flock to your home in search of food and shelter. If you want to keep them away, you have to make sure they can’t find either of those things. Pick up fallen nuts, berries, and other plant debris from your yard regularly. If you have plants, consider covering them with sheets. Tie your dumpster closed whenever you aren’t using it and try not to keep garbage outside.

It’s tough to keep birds from nesting near you entirely, but you can make your home less appealing. Block off likely places where they could nest such as alcoves, corners, nooks, and crannies. Make sure there aren’t any naturally hidden areas where birds could easily build nests. If they become a significant problem, you could always invest in bird deterrents like noise makers or spikes.

Non-migratory birds shouldn’t be something you have to worry about. In fact, they’re usually pleasant reminders that life goes on, even in the dead of winter. If you feel like helping our feathered friends, we recommend a bird feeder. You’d be surprised who will show up to help themselves, even on the coldest days of the year!

If, on the other hand, you got quite enough of birds this fall, give Varment Guard a call. We can safely, humanely, and effectively deter birds from your property this winter. They’ll still be out there flocking and surviving, but they’ll do it away from your home. 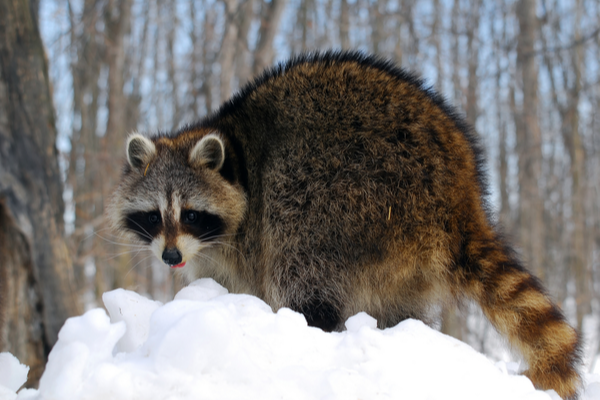 What Do Raccoons Do in Winter?
Next

When Does Hibernation End?