What time of year an animal comes out of hibernation depends on its species. However, most animals come out during the spring once the days get longer, temperatures rise, and more food sources become available. Hibernation commonly ends between March and May.

Hibernating is a way for many animals to survive the cold, dark winter without needing to forage for food or migrate somewhere warmer. To hibernate, they turn down their metabolisms to save energy. Some may think hibernating sounds like a time of rest. However, this is not the case. By the time the animals emerge after a long winter they are often deprived of sleep, food, and water. Some animals are even half their weight by the time spring comes around. Depending on the animal, hibernating can be a time of deep unconsciousness or light spells of inactivity.

Hibernating is much like spending a season in slow motion. The animal’s metabolism and breathing slows and its temperature plunges. Some animals, like wood frogs, for example, produce their own natural antifreeze so they can survive being frozen solid!

The hibernation process differs from animal to animal. Some examples of animals that hibernate are:

●      Groundhogs. A groundhog’s hibernation period can last anywhere from two to five months.

●      Bats. Bats will go into a type of hibernation called torpor, which is the state of reduced bodily activity.

●      Box turtles. When box turtles hibernate, it’s called Brumation. They stay dormant for three to five months during the winter months. They dig underground burrows and lower their heart rate to 5-10 beats per minute and stop breathing completely.

When does hibernation end?

There’s no specific day that hibernation ends. However, most animals stop hibernating during the spring when the days get longer and the temperatures rise because more food sources are available.

Although every species is different when it comes to their hibernation habits, you can expect hibernating animals to make their way out anytime between early and late spring.

What should I expect when wildlife comes out of hibernation?

By the time hibernating animals emerge, they are often sleep-deprived. Many of them let out huge bursts of energy during the winter to keep their body temperatures from dipping too low. This back and forth is exhausting. They also do this without much food. So, when animals come out of hibernation, they need to get their energy back and prepare for summer.

Wildlife that has just emerged from hibernation will be driven by two things: food and reproduction. Bats, for example, fertilize a few days after the female comes out of hibernation. Two male ground squirrels will often compete with other males to the death. If you notice wildlife being more aggressive in the spring, it’s probably because they’ve recently emerged from hibernation. This drive to eat and reproduce could make them more likely to scrounge for food in your yard or home.

If you’re experiencing aggressive or pesky wildlife in your space, get in touch with Varment Guard today! We’re here to help you solve all of your wildlife challenges in a safe and humane way.

Why Are There Still Birds in My Yard?
Next 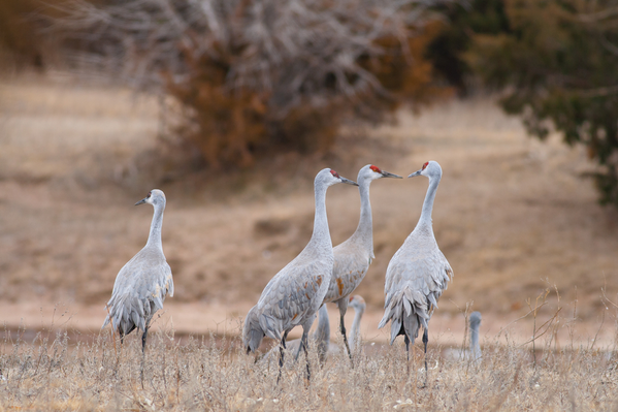 When Does Spring Migration Begin?