BlogWhy Are Geese So Aggressive? 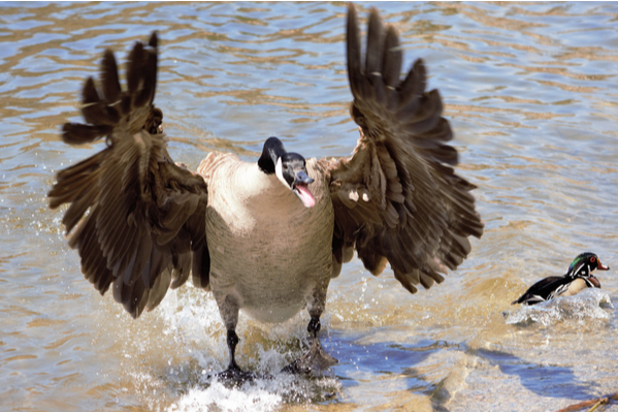 Geese have the reputation of attacking innocent bystanders like walkers and golfers. Geese become aggressive because they don’t like to share their space with humans and other animals and they’re protective of their young.

Geese have a bad reputation for a reason. They can become very mean and sometimes even seriously injure people. These birds can be mean, sloppy, loud, and rude. So… why are they so loud and aggressive anyway?

Why are geese so loud?

Most people are familiar with the honk of the Canadian goose. Sometimes, it seems like they honk non-stop. Geese make so much noise for several reasons:

●      To protect their young. Geese are very territorial and protective, so they scream and hiss at humans or other animals who get too close to their nests and babies.

●      To help them fly. Geese honk while they’re flying to help them maintain their V formation. They fly in this formation because it helps them cut down on wind resistance, allowing them to save energy.

●      To communicate with a mate. Geese sometimes honk to answer a long-distance call from a mate. They may also honk as a greeting after being reunited with their mate after being separated for a while.

Why are geese so aggressive?

It seems like nearly everyone has an aggressive goose run-in story. What makes these birds so aggressive? If you have a goose hissing, honking, or flapping at you, it’s because:

Male geese (ganders) guard the females and the nests while eggs are incubated. Ganders do not take their protective duties lightly. If anyone gets close to their nests, they are not afraid of getting defensive. Ganders will continue to patrol the area and honk, hiss, or get physically violent until the eggs have hatched.

Geese usually occupy urban areas because there is plenty of food and water and a low risk of predators. They don’t care if you want them there or not… but they will make it clear when they feel you’re overstepping. If you get too close, they may think of you as an intruder and attack or become aggressive.

Geese are around humans all the time; sometimes, people even feed the birds. This causes geese to lose their fear of humans, making them much more likely to attack.

Geese don’t care how big or tough you are. They have no qualms about becoming aggressive with humans of any size. They have even been known to attack large animals like gorillas!

How do I avoid a goose attack?

It’s common for a goose to chase a person or hiss at them, but a physical attack is relatively rare. If you notice a goose being aggressive with you, however, there are still several things you should do to avoid an attack, including:

●      Watch for warning signs that the goose is about to attack, such as head bobbing and honking.

●      Stay calm and don’t yell. If you appear frightened, a goose might take this as a sign of aggression and become defensive.

●      Do not feed the geese. Remember, feeding geese may cause them to lose their fear of humans. Plus, if you feed them frequently, they’ll get used to the steady flow of food and they will become aggressive when you don’t hand the snacks over.

If you’re having troubles with aggressive geese in your yard, get in touch with Varment Guard! Our experts can help relocate the birds humanely and effectively, so you won’t have to worry about them in your space. 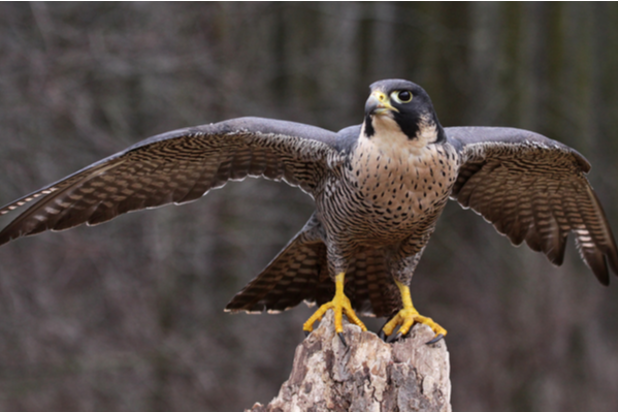 How Do I Keep My Small Dog Safe From Birds of Prey?
Next 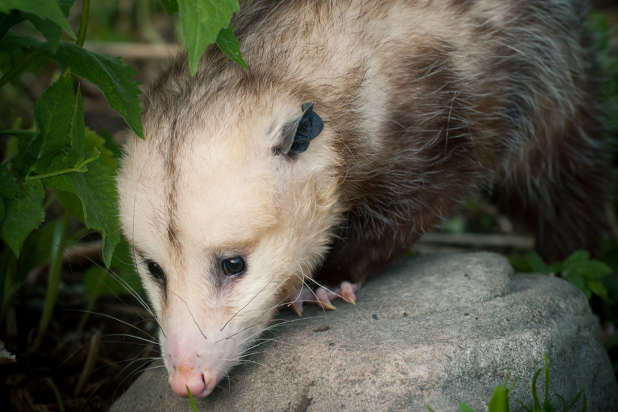 How Do I Keep Opossums Out of My Garden?