BlogWhat to Do When a Wild Animal is In Your Home 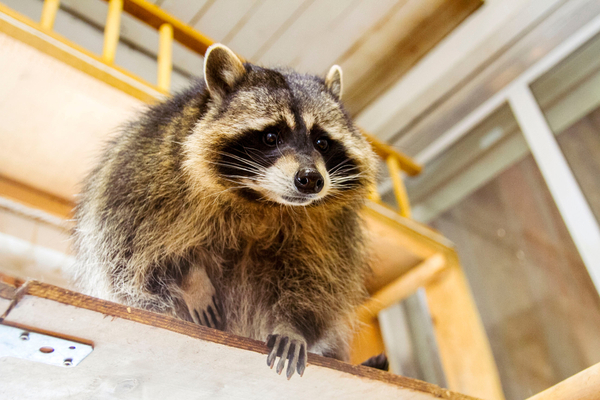 Nobody ever expects to come home and find a raccoon rooting through their kitchen pantry, but it can happen. No matter how unlikely it seems, it’s important to know what to do when an animal gets in your home. It’s also just as important you know what NOT to do. If you ever find a wild animal inside your home, these are the things you SHOULD and SHOULD NOT do. Follow these “DO” steps exactly and you’ll be able to remove the animal quickly, safely, and humanely. Avoid making the “DO NOT” mistakes and you’ll avoid endangering yourself, your family, or your pets. If you find a wild animal in your home...

Whatever you do, don’t panic. If you’re freaking out, the animal will freak out. You want to keep the animal as calm as possible until you can have it removed. The best way to do that is to keep calm yourself. Move slowly, speak quietly, and take deep, slow breaths.

Call for help right away

This is the most important step. If there’s an animal in your home, you need professional assistance right away. Call Varment Guard as soon as you notice the animal. Let us know it’s an emergency.

Give the animal space to move around. Ideally, you should stay out of its line of sight at all times. Try not to get in the animal’s way. You can always repair or replace home damage, but you can’t undo injuries. 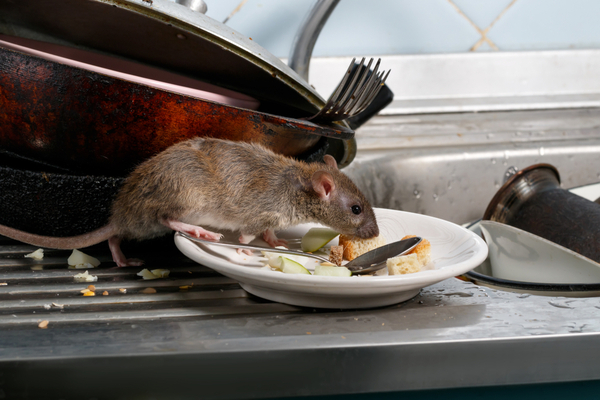 Keep an eye on the animal

Use your phone to take a couple pictures of the animal when you have a chance. Make sure your flash is off and your phone is on silent to avoid scaring it. If you lose sight of the animal, you can show the pictures to animal control when we arrive. You should also take pictures of any damage the animal inflicts on your home. Just don’t get so focused on taking pictures that you get too close to the animal!

Keeping your pet away from the wild animal in your home is very important for everyone involved. Pets are often naturally defensive and react to an unwelcome animal’s presence aggressively. Take whatever steps you can to separate your pet from the animal safely. Do NOT attempt to restrain or move the wild animal; focus on isolating your pet instead. Ideally, you should try to keep your pets from seeing the animal at all.

Attempt to shoo the animal

Do not try to force the animal to move or go away. Approaching the animal may make it defensive and therefore dangerous. Instead, keep your distance and let the animal go wherever it’s going. Your #1 objective is to keep the animal calm until animal control can take it away.

If possible, do your best not to approach the wild animal at all. If you absolutely need to move closer to it for some reason, do so very slowly. Do not stay close to the animal for any longer than is absolutely necessary. The more space you can give it, the better. Be especially careful about approaching animals while they’re not looking at you. Animals are at their most dangerous when they’re startled. Speaking of which… 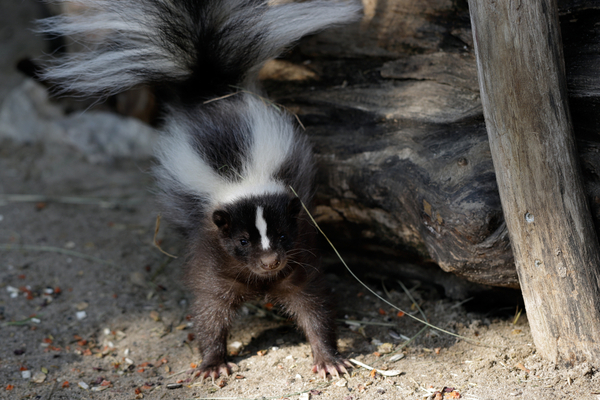 Attempt to scare it

This is very important. Don’t do anything that could scare the wild animal. Don’t make sudden movements or loud noises. DO NOT throw anything at the animal, lunge at it, prod it, or otherwise actively attempt to startle it. Leave the animal alone as much as you possibly can, even if it’s inflicting damage on your home. Trying to bully an animal never ends well.

This rule might be difficult to follow, but it’s important. In general, you should let the animal move where it wants to move. If it’s headed toward a door, don’t slam that door. We’re not saying you have to open your pantry doors, but you shouldn’t actively impede the animal either. Never stand in the animal’s way or attempt to shoo it toward another area of the home. It might be hard to watch a skunk lumber toward your clean carpet, but it beats the alternative.

You might want to evacuate your home immediately, but you should resist that impulse. Instead, stay where you are, contact us immediately, and watch the animal. If you leave your home, you won’t see where the animal goes. It could inflict damage you won’t notice right away, and it’ll be harder to find when we arrive. Stick around until animal control arrives. To reiterate: the #1 most important thing to do when dealing with a wild animal is CALL THE PROS. The faster you call us, the faster we can get there. The faster we get there, the sooner we can make sure you, your home, and your family are safe. Don’t wait! Call Varment Guard the moment you encounter a wild animal in your home. We’ll be there as fast as possible!
Categories:
wildlife control
Previous 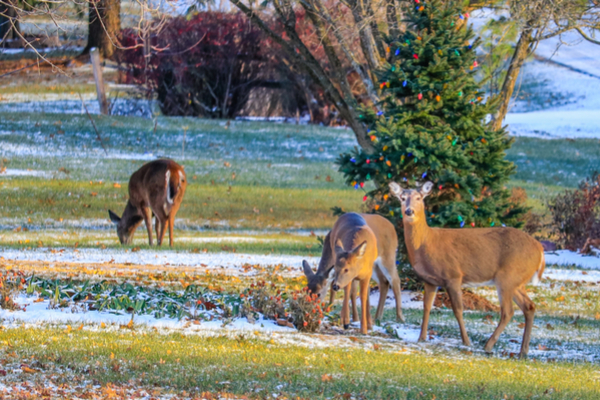 Where Do Deer Live?
Next 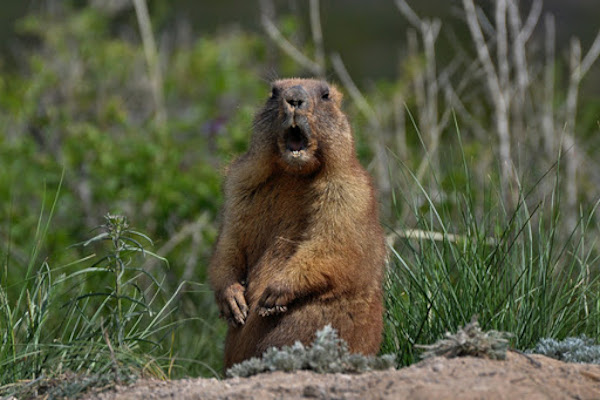 Why Groundhogs Wake Up in Spring