BlogWhat to Do About Coyotes in Your Neighborhood: Are Coyotes Dangerous?

If you see a coyote near your home, don’t panic. Coyotes rarely attack people. However, they may see your pet as a threat or even prey, so it’s always good to keep an eye on these canines if they’re near your property.

If coyotes find food in neighborhoods consistently, they may slowly start losing their fear of people. When that happens, they may wander closer to yards or try to approach during the day. If a coyote seems aggressive or unafraid of people, report it immediately. Here’s what you should know about the coyotes near you and how to protect your family and pets from them:

Where Do Coyotes Come From?

Coyotes are permanent members of North America and occupy almost every country on the continent and every state in the country. Coyotes are increasing in number in states like Ohio, Indiana, and Minnesota.

Recently, in Fort Wayne Indiana, more specifically Burnham Woods, a wooded neighborhood on the southwest side of Fort Wayne, has had some sightings that have some residents on edge. People have seen coyotes walking in their backyards. When coyotes have come too close for comfort, professional wildlife control services are necessary. 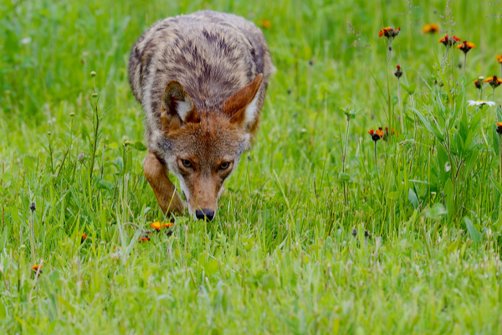 Coyotes are opportunistic scavengers. They tend to wander from place to place, looking for food sources that are abundant and where it's easy to steal. If they can’t find food in one place, they’ll quickly wander somewhere else. Coyote bands are mobile and change territory quickly. If they can find food consistently, however, they will establish and defend home territories.

Coyotes establish territories by marking them with urine and occasionally protecting them from outside threats. They'll generally try to make their territories small and centered around consistent, abundant food sources. If they have to hunt or gather, they’ll expand their territory until they can get enough food from it.

Coyote bands can establish territory and dens anywhere, including neighborhoods and even cities. The coyotes in your neighborhood have either established their territory around you, or they’re looking for new territory. 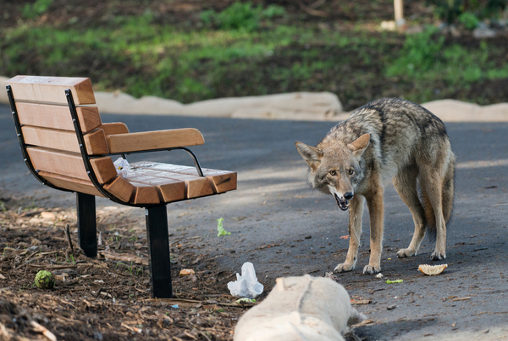 Why Are There Coyotes Outside My House?

Coyotes usually wander into neighborhoods looking for easy food sources. Even though coyotes are omnivorous, 90% of their preferred diet is meat. Most tend to search for territories where they can easily access regular, meaty food sources.

They frequently hunt small mammals, but they’ll also help themselves to garbage and (occasionally) pets. If you have a coyote in your neighborhood, it’s probably passing through looking for food. However, if it can find what it wants stress-free, it just might stick around.

Coyotes are naturally very shy, wary animals. They will avoid humans and attempt to access food unseen if at all possible. Most are crepuscular, which means they’re active at dawn and dusk. They usually spend days hiding in their dens, brush, or other shady, hidden places. They come out long enough to access food before hiding again when the sun rises. 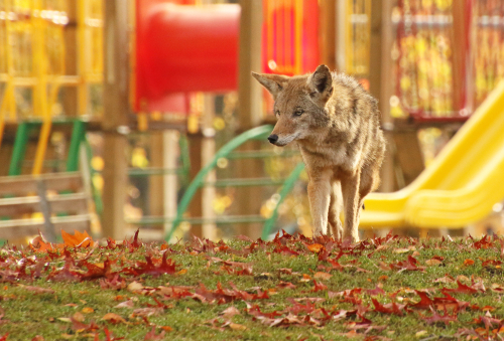 Are Coyotes Dangerous to People?

Normally, you shouldn't worry too much about coyotes around your neighborhood. Coyotes aren’t usually dangerous to humans. A coyote band is usually very shy and will do everything they can to avoid humans. You shouldn’t necessarily be afraid even if you see a coyote during the day; in the spring and summer, coyotes spend a lot of their time scavenging for their pups.

When Coyotes Become a Problem: Are Coyotes Vicious?

Coyotes may be dangerous if they’re behaving unusually or show no fear of people. If they become too comfortable in a neighborhood, they may begin to stalk pets or even challenge people. When that happens, they may behave like aggressive dogs, barking, snarling, or lunging at you.

Territorial coyotes may also antagonize or attack your pets, particularly at night. Coyote attacks on humans are very rare, but they do happen. You should take unafraid or aggressive animals very seriously. Bring your pets inside and report the coyote immediately. 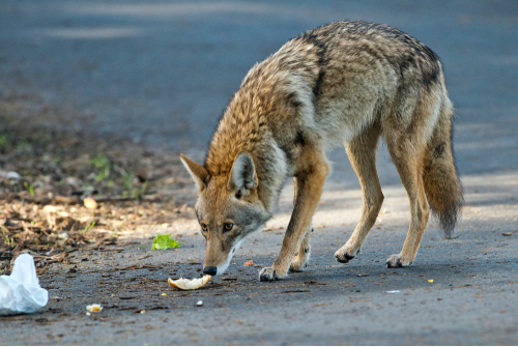 If you have coyotes near your property, it’s because they can find easily accessible food there (commonly out of garbage cans or dumpsters). The best ways to prevent coyotes and other wildlife from making your yard a buffet include:

Like all wildlife, a coyote is a natural and normal part of their environment. In their proper habitat, coyotes are actually important contributors to a balanced ecosystem! Keeping them away from homes isn’t just best for you; it’s best for the environment and the coyotes themselves.

If you can keep a coyote from getting too comfortable, then it won’t endanger you or your pets. And don’t worry, you’re not alone. We’re here to help—Varment Guard offers safe, humane, and effective coyote control.

Coyote Control: Varment Guard Can Keep Wildlife Away from Your Home

If you have more questions about coyote control or any potential wildlife problems, please contact Varment Guard. Our wildlife experts are always happy to give you the knowledge and assistance you need to keep you, your family, and your home safe. 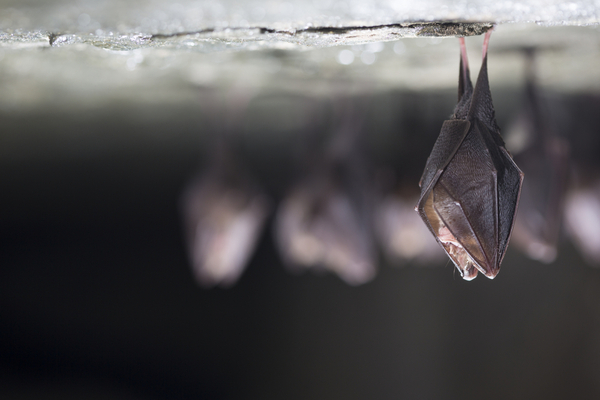 What to Do About Bats in Winter
Next 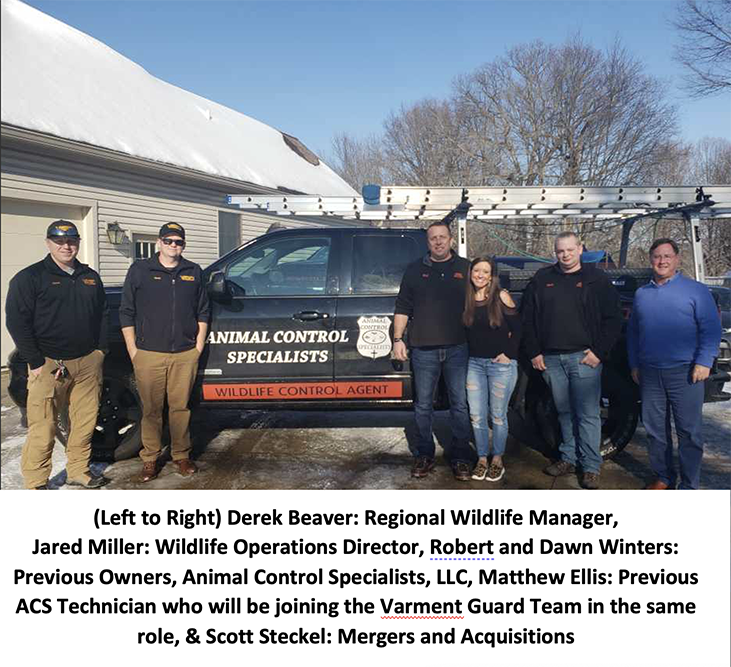