BlogWhere Do Snakes Go in Fall? 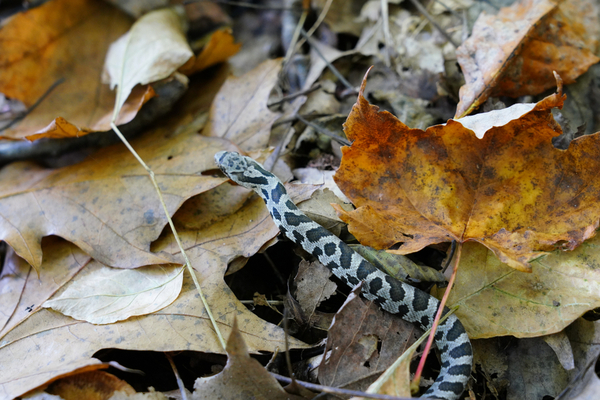 When temperatures start dropping in fall, snakes start looking for shelters they can sleep in over winter. Before they can hunker down, however, snakes will eat to fatten up as much as possible. Cool fall weather may enable them to hunt longer, which may put them in close proximity to you.

Like all other animals, snakes spend most of fall preparing for winter. If you’re running into snake this fall, it’s because those snakes are on a mission. Specifically, they’re either looking for shelter or food. Unfortunately, these missions may bring snakes onto your lawn or even near your home. Here’s why that happens, what it means, and what you can do about it:

Where do snakes go in fall?

Snakes don’t actually enter hibernation, but they do enter a hibernation-like state of suspended activity called “brumation.” As cold-blooded reptiles, snakes rely on brumation to maintain their internal body temperature during cold weather. Unfortunately for snakes, brumation can maintain temperatures and conserve energy, but it can’t actually keep them warm. It won’t protect them from the elements or predators, either. Before snakes can safely enter brumation, therefore, they have to find a place to keep warm and safe over the winter.

Snakes enter brumation safely by finding or creating burrows called “hibernacula.” Snake hibernacula can be any burrows as long as they’re deep enough to reach beneath the frost line. Snakes could burrow into the ground to make their hibernacula themselves, or move into existing burrows abandoned by other animals. Snakes usually build their hibernacula beneath existing shelters, such as rocks or tree stumps, for added cover. If you suddenly stop seeing snakes, it’s probably because they’re hunkered down for the winter.

Why am I seeing snakes more frequently this fall?

When snakes enter brumation, they significantly reduce their metabolic activity. In this state, snakes consume very little energy and go long periods of time without eating. No matter how slow they make their metabolisms, however, snakes can’t eliminate their need for sustenance entirely. Just like true hibernators, snakes try to consume as much food as possible before they enter brumation. The fact that their standard food sources are also seeking shelter and hunting for food is snake serendipity!

As long as it doesn’t get too cold, snakes actually don’t mind fall’s cool weather. In fact, it helps them hunt! During hot summers, snakes spend most of their time resting in shade to keep cool. They’ll only hunt for food in shady areas or wait until dusk to come out. During fall, however, cooler temperatures enable snakes to hunt all day. Snakes may even feel emboldened to hunt in more open locations than they would normally choose.

Why are they near me?

Snakes are looking for food and shelter this fall. If you’re seeing snakes around your home or yard, it means they’re finding food or shelter near you. Snakes prey on any animal smaller than they are, including rodents, frogs, toads, eggs, chipmunks, insects, or earthworms. Snakes usually find their prey by slithering along animal-worn paths in tall grass or other forms of natural cover. The more hospitable your yard is to small animals, the more hospitable it is to snakes by extension.

Snakes make hibernaculum shelters by burrowing into the ground in sheltered areas. They will dig around dense vegetation or beneath structures like rocks, tree stumps, outbuildings, porches, or decks. Leaf piles, tall grass, or other vegetation will help conceal snake hibernacula effectively. Pre-existing burrows are particularly attractive to snakes because they’re easy to move into. If you’re still seeing snakes late in fall, then it’s likely that they’re burrowing somewhere nearby.

How can I keep them away?

Snakes come near your home for food, cover, and places to burrow. To keep them away, deprive them of each of those things. Start by clearing your lawn as much as possible. Rake up fallen leaves as frequently as possible. Keep mowing your lawn short until the frost. Trim down bushes. Consider fencing off gardens and ornamental plants. The less-accessible you can make your yard to animals, the less accessible it will be to snakes.

The best way to prevent snakes from burrowing near you is to give them no good places to burrow. Start by making sure there aren’t any existing burrows on your property. Look under your deck, porch, and shed, as well as around any trees or rocks on your property. Make sure burrows are abandoned before you attempt to fill them in. After filling in existing burrows, fill in likely spots where snakes could dig new ones.

The good news is that all the snakes near you this fall will be entering brumation soon. The bad news is you might have to deal with them again when they wake up in spring.

If you don’t want to deal with another snake problem a couple of months from now, give Varment Guard a call anytime. Our experts can remove snakes from your property safely, humanely, and permanently. We’ll help you enjoy a snake-free fall this year and a snake-free spring next year.

Do Chipmunks Hibernate?
Next 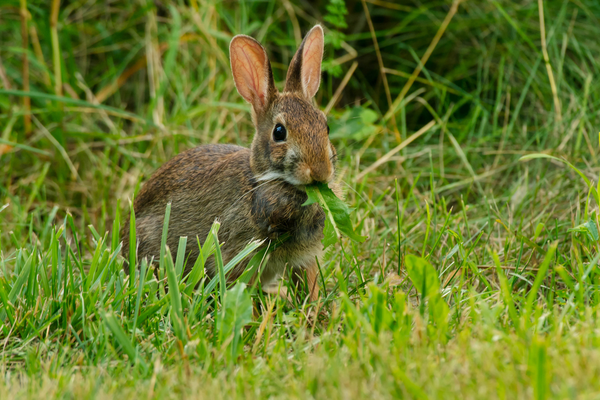 What Do Rabbits Eat?