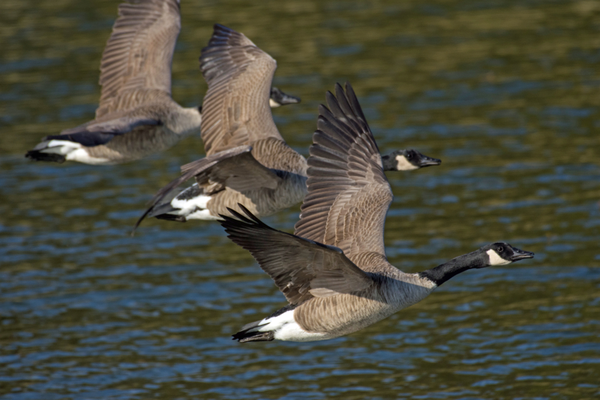 If you have a large goose population in or near your yard, it’s probably the Canada goose. The Canada goose is the most common goose in North America. These birds don’t always migrate, but when they do, they fly south from Canada in the fall so they can overwinter throughout the US. Then, in the spring and early summer, they fly back to Canada to breed and have goslings. When dealing with a goose problem, it's very difficult to find a resolutions without the assistance of a professional animal removal company.

The migration pattern of these birds defines their family and life cycle. From breeding in the warmer months and hunkering down when the temps drop, Canada geese have a pretty solid system. However, there’s a lot more to know about these birds. That’s why the experts at Varment Guard have compiled the what, the where, the when, and the how of geese migration.

The What: Canada Geese

The Canada goose is the largest and most widely known goose species in North America. Canada geese have a grey or brown crest, back, and wing feathers with a white or grey underbelly. Their bills, feet, neck, tail, and head are black.

The Why: The Reason Geese Migrate

Like most birds, geese migrate up north because it’s the best place for their offspring; they fly south to avoid the cold. However, only some of the Canada geese in North America migrate. Migrating Canada geese have designated breeding and non-breeding sites that they return to every year.

The When: Migration Season for Geese

Geese migrate north to their breeding sites in April, May or Early June. Migration flights usually begin at dusk, although you could see migrating geese flying in their distinctive “V” formation at any time of day.

The Where: A Goose’s Migration Location

Geese that migrate tend to breed in Canada (hence the name). Sometimes geese fly even farther north to breed—including northern Alaska or even the low arctic!

When geese fly south for overwintering, they commonly settle somewhere in the middle of the US or southern US. Canada geese are widely distributed and the only reliable way to tell where a particular goose family came from is to look for goslings. If the geese near you are breeding in the spring, then they probably live near you all year. Therefore, if it’s spring and you don’t see any goslings, they’re probably in their non-breeding territory.

The How: Knowing Where to Go

Migrating Canada geese return to the exact nesting and overwintering locations every year. In fact, migrating geese use various stop-off resting points as they travel—these remain largely the same as well. This means that the geese that you see every spring or fall are probably the same geese that were around your home the year before!

So, how do geese know where to go? Believe it or not, nobody fully understands how bird’s migratory navigation works. There are currently several competing theories, however. Some theorists believe that birds have a kind of olfactory “map” that helps them smell their way home. Others believe that birds orient themselves using the earth’s magnetic field. Canada geese mate for life and typically migrate with flocks of other family groups in that well-known “V” formation. These groups could help determine where to go and how to stay on course.

The Importance of Geese Migration and How it Could Affect You

It’s important to be aware if geese are breeding and rearing goslings near you. Canada geese aren’t naturally aggressive but have no issue defending their young. If you encounter geese with their goslings, do not approach them or make any sudden movements. Geese tend to be more aggressive defending their nesting territory in the spring when their offspring are at their most defenseless.

Geese build nests near sources of water and will walk their goslings back and forth between the food, water, and the nest. Geese feed primarily on wetland grasses and weeds. During fall and winter, they’ll look for berries, seeds, and grains. Manicured grass is particularly easy for goslings to eat, which is why it’s not unusual for Canada geese to approach residential lawns.

You may also encounter geese if you live near bodies of water, especially in the spring and fall. Unless geese are worried about their children, they’re mostly uninterested or timid around people. As long as you leave them alone, Canada geese should leave you alone.

Are Canada Geese Causing You Trouble? Give us a Call.

Canada geese aren’t as horrible as their reputation may suggest. Mostly, they’re just trying to stay warm and protect their kids. However, that doesn’t mean you want them hanging around your lawn.

If you’re playing host to a family of Canada geese, give Varment Guard a call. We can safely, humanely, and effectively remove Canada geese from your property and keep them from coming back. The goose family will be on their merry way and you won’t have to deal with angry honks or hisses. 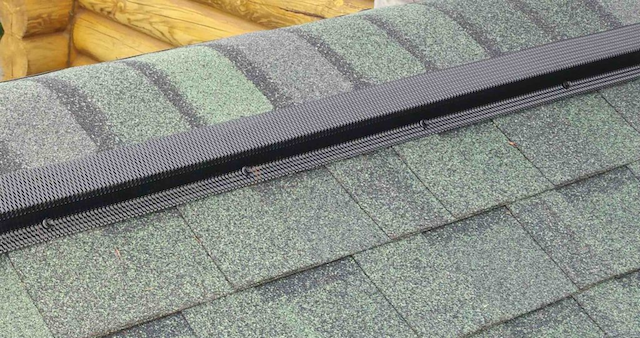