BlogAnimals that Thrive in Cold Weather 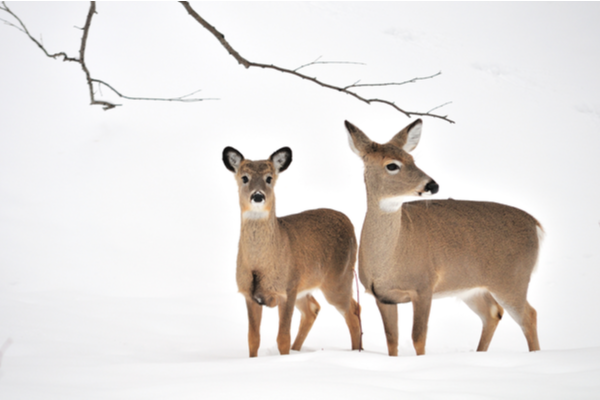 When temperatures drop, the woods and prairies become quieter. Many animals slow down or hibernate during the winter, but you might be surprised by who is still out there and how they survive. Deer, squirrels, beavers and even chickadees make the most of the snowy season.

How do they survive in a seemingly harsh climate? We’ve put together a list of winter wildlife you might spot around your home or out on the trail. Included are fun facts about how these furry and feathered fellows adapt to cold temperatures, snow and ice.

What Happens to Wildlife in Winter?

We all know that bears hibernate. Other creatures like raccoons and skunks hunker down grouped together in dens to keep warm. You may see them occasionally, but they sleep a good deal of the time. Spiders and insects go into shutdown similar to hibernation called diapause and won’t reemerge until spring. That leaves a good list of the heartier animals who are leaving all the tracks you see in the snow.

Squirrels. Let’s face it, squirrels are everywhere. Obviously, they are hearty buggers who have learned how to thrive during winter. They start prepping in the fall when they fatten up as well as hide caches of food. You might glimpse a squirrel digging in your planter or garden bed. They’re hiding emergency food for when times get lean.

Gophers. The underground counter-rodent to squirrels stay below the earth during winter. They slow down but remain active, living off roots and stored tubers. They continue to build their tunnel networks which can span up 2,000 square feet. Fun fact: due to their small but sensitive tail, gophers can “run” backward by using it to feel their way along tunnel walls.

Black-capped chickadees. For a creature that only weighs half an ounce, chickadees sure are tough. They manage in winter by lowering their body temperature at night to conserve energy. This adaptation along with their ability to control their metabolism allows them to conserve up to 25% of their fat – which isn’t much. Chickadees have a thick ½ inch plumage that insulates them against the elements, and, like squirrels, they store food up in the fall.

Beavers. If you picture a beaver safely nestled in its lodge during the winter, you’re mostly right. Beavers do slow down and spend much of the winter inside, but they remain active thanks to several adaptations. In the fall, beavers fatten up like many animals, but they have a special storehouse: their tails. They can access this energy as needed when food sources are scarce. They also have a special oil producing gland that plies their fur with a waterproof coating that makes getting wet in winter much more tolerable. Beavers mate in January and February so that their young are ready to learn the building trade come spring.

White tail deer. Deer become herd animals in winter. They gather in deer yards or areas with abundant food where they can collectively trample down the snow for safer movement. The eat leaves, twigs, nuts and fruit as they can find it. They also grow a thicker winter coat called a guard coat that repels water and retains heat better.

Cottontail rabbits. It’s estimated that about 30% of rabbits survive winter. That may not seem like a lot but consider that rabbits can have up to six litters in a year, each with 1-8 kittens. Cottontails don’t burrow but seek shelter in logs, abandoned holes and under porches or garages. They forage for ground level plants and switch their intake to twigs and bark for winter. They also have the miraculous ability to eat their own poop, which you’ve probably seen generously sprinkled across the winter blanket of snow.

Animals Can Thrive in Winter

There are a lot of hearty critters that remain active all winter long. They prepare in the fall, store food for the months ahead, adjust their diets, change their behaviors and use special adaptations to make life during winter tolerable if not fully manageable.

We humans have our own modifications for winter. We trade lemonade for hot cocoa, tennis shoes for snow shoes and air conditioning for a crackling wood fire. Next time you’re outside worried about the blowing snow whipping your face, just think of the tiny chickadee huddled in its nest all winter long.

Hopefully, we’ve given you an idea of who is leaving those tracks in the snow this winter. If you have more questions about wildlife in your neck of the woods or have concerns about animals near you, call or contact Varment Guard today. We’re on call so that the call of the wild doesn’t sound too close to your home. 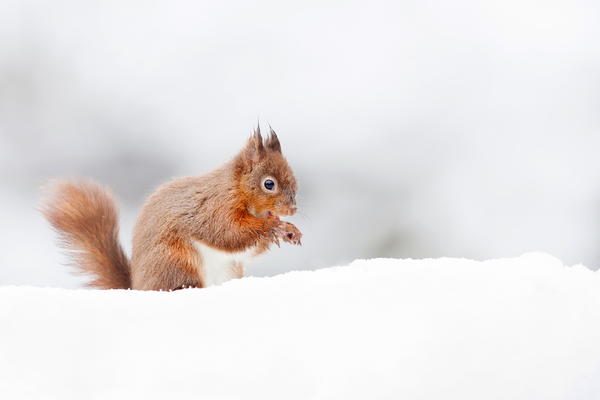 Reasons for Hiring a Professional Wildlife Removal Company in Winter
Next 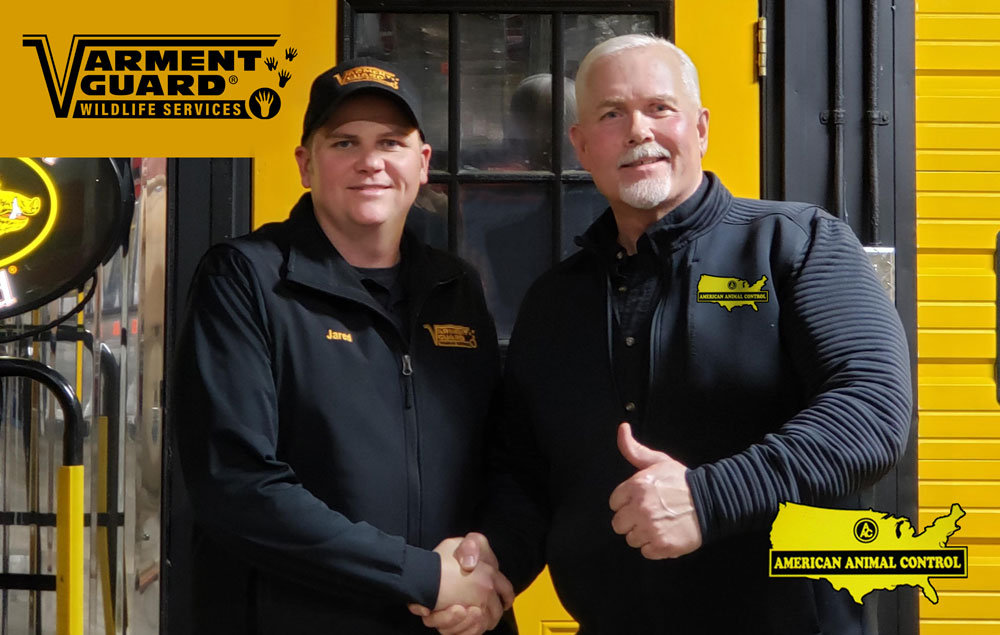